Awards received by VincentCare in recognition of its work to help people experiencing homelessness and disadvantage. 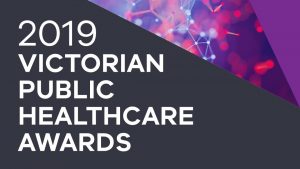 We’re pleased to announce that VincentCare won the Minister for Equality’s Award for supporting LGBTIQ health at the 2019 Victorian Public Healthcare Awards. This award was received in recognition of the work completed for our Rainbow Tick Accreditation.

LGBTIQ people are overrepresented in the homelessness population as a result of on-going discrimination, stigma and trauma. We made the decision to pursue Rainbow Tick Accreditation because we wanted LGBTIQ people to know that VincentCare was a safe place where they could access inclusive and supportive services.  In April 2019, VincentCare became the first Catholic organisation in Victoria to achieve Rainbow Tick Accreditation. Rainbow Tick had a transformative effect in ways we had not anticipated, resulting in improved outcomes for our clients and giving staff and volunteers a great sense of pride in our organisation. 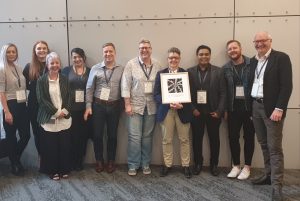 VincentCare has won the Award for Excellence in Ending Homelessness in Diverse Groups at the 2019 Victorian Homelessness Achievement Awards, held on Monday 14 October 2019 in Melbourne. A range of communities are over-represented in homelessness, and this award seeks to recognise those achieving excellence in ending homelessness for these client groups.

VincentCare launched a comprehensive review of its sites, systems, programs and practices to identify how best to support LGBTIQ clients and maximise their housing outcomes. Acting on that review has resulted in Rainbow Tick Accreditation, leadership in the sector, an increase in referrals of LGBTIQ clients from other organisations and positive feedback from clients.